Are children your personal property? Some parents think children are their assets, their belongings, their personal property. What do you feel? Do children accept such ideology? Those who think that their children would become what they want them to be are totally wrong. Children will become what they want to be, it depends on their natural potential. Give me an example, of any great personality who became great because of their parents’ imaginations. They should be totally set free to decide their own career. They should be provided proper and timely facilities but it’s wrong to expect a return from them. Because they are living beings, they have the freedom to choose their fortune or career. Some parents force them to pursue a particular career. That is because they have heard others or seen others become successful in a particular field. They forget that it is not necessary that one person who is successful in one field, will also be successful in another’s field.

Charles Darwin’s father wanted to make him a doctor (surgeon), but Darwin never wanted to become a doctor. Today we know Charles Darwin as a great scientist who had proposed the principle of development. Many parents copy others but they themselves don’t have their own clear concepts for their own children’s future. I want to ask you, what you are today, was it the imagination of your parents? The parent’s duty is to fulfill their needs, to take care of their requirements but not to impose their ideology on them. Lord Buddha was not the imagination of his father King Suddhodana.

His entire family wanted him to live the life of a king, a royal life. The king had kept him away from all the sorrows but when he saw the sorrows of others he left home in search of ‘Truth’. In search of the cause of sorrows and this world could see Lord Gautama Buddha. Siddhartha became Buddha because he disobeyed his parents and came out from the clutches of worldly desire. I want to state that children should be kept in touch with the present world. They should not be deprived of all modern facilities. It is good they start understanding the world as early as possible. If you ask them to keep away from the internet or mobile phones, you are depriving their touch of a modern, fast-developing world. There were many scientists and artists who were self-made. They were not designed by their parents. Through this post, I want to say that children will only decide what they want to become. Humans can only build dams, ponds or canals, not rivers. Rivers make their paths themselves. Rivers strike with stones, and rocks and cut through mountains to make their path. It is the same with children’s personalities, they develop their own. There were children who developed and made history who were either slaves or orphans or poor. So children should be left free to decide their character. I asked many children what they wanted to become in their life. A few replied that their parents want to make them doctors or engineers. But their own wishes were something different and then I remember the examples of Charles Darwin, Sachin Tendulkar, and many others. Children should build their own careers. They should be given full freedom to choose their career. A career should not be chosen just for the sake of money, they should be able to find love in their profession. 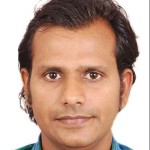 Be available to your kids